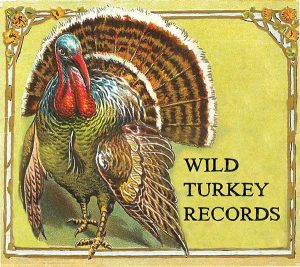 "Music. Fresh From The Hudson Valley"

The Latest CD from Tim Kapeluck

Singer/songwriter, multi-instrumentalist Tim Kapeluck’s music is steeped in the traditions of bluegrass and Appalachian folk. His debut album, By Time and Gravity, has 11 original songs that include stories of characters living on the fringes, social commentary, heartbreak and redemption.

The CD delivers everything from barn burning, roof raising country folk to an Everly Brothers inspired ballad and all are created with Tim’s keen ear for poetic and insightful language as well as music that takes his traditional influences into a new realm. The Woodstock Times describes the songs sung with “as sweet a voice as can be heard…..The musicianship is fierce and uncompromising and Kapeluck’s performance is as honest as you can get.”

Tim started playing fiddle and guitar as a teen, but his musical sensibilities began as a small child listening to the Wheeling, West Virginia radio show Barn Dance. After years of singing harmonies and playing folk and traditional music with family and friends, Tim took a happy detour into Scottish and Irish fiddle music and song.

Tim has performed for decades with banjo greats Bill Keith and Eric Weissberg. His band, The Saturday Night Bluegrass Band, plays (ironically) most Thursday nights at The Harmony Café in Woodstock. “Why now?” is a question posed to Tim about his recent immersion into songwriting. “Why not now?” is probably the better question. After coming back from a near death experience, Tim wrote the album’s first song “When Death Comes Knockin”, an irreverent, rocking take on his close call and the futility of trying to make a deal with death. The songs “Catskill Wind” and “Behind the Shokan Dam” pay tribute to his beloved Catskill Mountain home and its local history. “Bisbee Beauty” is a tale told by a ghost in the historic Arizona mining town. “High Lonesome Hill “ brings Tim back to his bluegrass roots while “Don’t Pull Up That Ladder” is a reminder of our immigrant history and a plea for compassion.”You Said” is a ballad written for two voices in the classic Everly Brothers tradition.

Tim partnered with producer Julie Last who has worked on projects with Rickie Lee Jones, Joni Mitchell and Shawn Colvin, to bring the songs to life. Julie says of Tim’s music ”He played me the songs and I was knocked out. They were so full of heart and spirit.” Playing on the album are some of Upstate New York’s finest acoustic musicians including Cindy Cashdollar on the dobro and lap steel. Cindy said of Tim’s CD “With a voice like warmed honey and songwriting that can only come from a life that’s already lived a few, By Time and Gravity is a beautiful debut CD that shines.”

There are no reviews yet.

Be the first to review “Tim Kapluck” Cancel reply